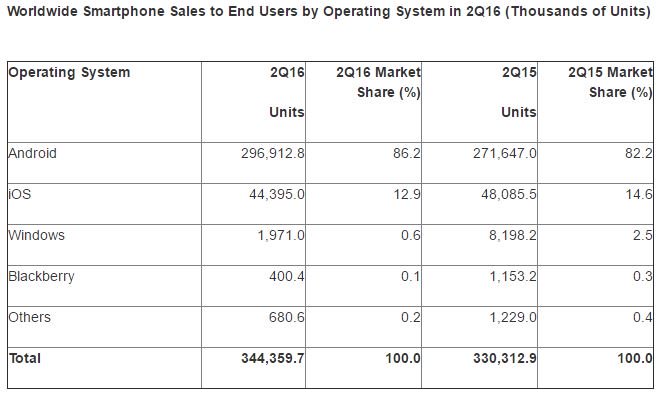 Operating systemsApple and of Google continue to conquer the mobile and their market shares are simply colossal. Indeed, together, they occupy 99.1% of the global smartphone market. This figure was released by the research firm Gartner, and it confirms once again the supremacy ofiOS and D’Android in the world of mobile operating systems.

Unsurprisingly, Android is in first position with a market share of 86.2% in the second quarter of 2016. Besides, if we compare this percentage to that of last year, we see a growth of around 4%. As for the Apple firm with its iPhone, it was 12.9% of the market in Q2 2016, a decrease of 1.7% compared to that of last year. 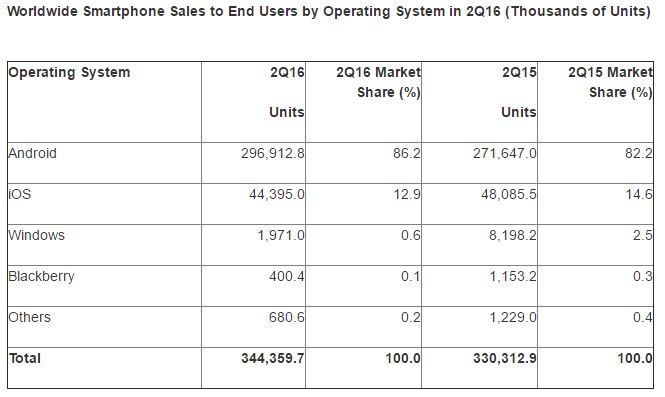 It is Microsoft’s operating system, Windows Phone, which holds third place with a share of only 0.6%. Finally, Blackberry is in fourth position for an estimated market share of 0.1% of the total.

For now, Android therefore remains the most used operating system in the world. This is certainly explained by its great accessibility, but also by the propensity of large smartphone manufacturers to choose it.